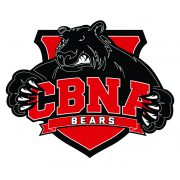 A number of Coe-Brown Northwood Academy students were recently recognized by the National Writing Project in New Hampshire through The Scholastic Art & Writing Awards. This is a remarkable achievement and milestone for young writers at CBNA who were mentored by English department faculty.  A panel of writers, teachers, and literary professionals selected their work as being among the best works submitted by New Hampshire teenagers. Students are judged against other entries in the following categories: fiction, flash fiction, poetry, personal memoirs, persuasive essays, humor, science fiction and fantasy.  Of the more than 750 submissions to The Scholastic Writing Awards that New Hampshire students sent this year, the following students from CBNA were honored:

In May, all award recipients, including those whose work was selected as honorable mention, will be invited to attend the NH regional awards ceremony to be held at Plymouth State University. In addition, every piece of writing which received a gold or silver key or an honorable mention will be published in this year’s edition of Middle/High School Voices.  Congratulations to this next generation of writers.