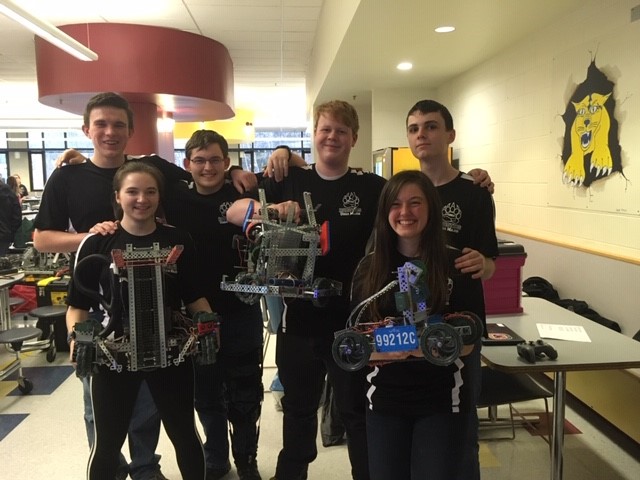 On Saturday, January 19, CBNA’s Robotics teams, Ursa Major A, B, and C, competed against 42 other teams at ConVal Regional High School in the last tournament of the season. Competition was fierce as teams tried to secure a spot in the upcoming State Tournament. All three teams finished strong in the quarterfinals qualification rounds. Team members Austin Carrier and Emily Buehne had a 7th place finish heading into the quarterfinals. Noah Sinnamon and Nick Dyer finished 19th and Cordelia Norris and Alasdair Morrison finished 23rd. Emily and Austin then became Alliance Captains heading into the quarterfinals. Choosing Team C, Nick and Noah, for their alliance, the two teams faced off in the first elimination round against two Pinkerton Academy teams. After a solid win, Teams B and C advanced to Round Two of elimination were they were outscored by teams from Thetford, Vt. All three teams had superb performances. Team C (Ruby Carr, Emily Buehne, and Austin Carrier) moved on to States.  Team B (Noah Sinnamon and Nick Dyer) received the Judges’ Award.