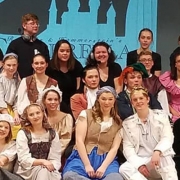 What Your Student Government is Doing Behind the Scenes