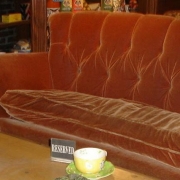 Hopefully you put finding a new series to rewatch endlessly as your New Year’s resolution because Friends  Netflix left on January 1, 2020. In the new year, Friends will only be available on HBO Max, the new HBO centric streaming service and a new rival for Netflix. HBO Max will have complete control over the 236 episode TV series and plans to launch sometime in the spring of 2020.

This is not the first time something similar to this has happened, in 2018 it was announced that Friends would be removed from the streaming platform. “The Friends move from Netflix was expected after the streaming giant paid producers Warners $80 million to $100 million to continue to have the former NBC hit for all of 2019,” (Hollywood Reporter).

If you are unfamiliar with Friends, the happy-go-lucky sitcom features six twenty-something adults played by David Schimmer who plays Ross Geller, Jennifer Aniston who plays Rachel Green, Courtney Cox who plays Monica Geller, Matthew Perry who plays Chandler Bing, Lisa Kudrow who plays Phoebe Buffay, and Matt LeBlanc who plays Joey Tribbiani. The tune of “I’ll Be There For You” by The Rembrandts, plays at the beginning of every episode. Set in the late 90s-early 2000s, this TV show is a fun spin on how young adults cope with relationships, jobs, and life in general. Launched on September 22, 1994, Friends is comprised of ten seasons, the last ending in 2004. With WarnerMedia revoking Netflix’s license to the 90s sitcom, the public outrage is culpable.

I asked several Coe-Brown Northwood students about their feelings on the matter and I was not surprised to hear about their anger. “Heartbroken. Like my lifeline is being taken away and put on another platform. Its injustice.” Lily Libbey, local Coe-Brown Northwood Academy senior, said when asked for her opinion. Adeline Leifer echoed her opinion when she said, “Friends is literally my favorite, (I) watch it everyday.” Many people have some extreme opinions on this move from Netflix to HBO Max,  “It sucks (because) my uncle changed his HBO password and we can’t borrow it anymore” said Emily Anderson, local Coe-Brown Northwood Academy senior. She further elaborated her feelings on this matter by saying, “I tend to watch Friends when I do my homework, it’s not a distraction unless I want it to be.”

HBO Max will feature other classics such as The Fresh Prince of Bel-Air, Pretty Little Liars, and several other HBO movies. Several other shows are set to be featured on HBO Max such as Game of Thrones, the fantasy drama series, Barry, the show about a hitman turned actor, and Euphoria, the glossy-teen drama. New movies such as A Star Is Born (2018), the reboot of the 1937 film, Joker (2019), the comic-book based origin story of the notorious villain Joker, and some old favorites like The Conjuring (2013) or Happy Feet (2006). Described on their website as “Original, groundbreaking & award-winning entertainment is yours, anytime, anywhere” (HBO Max), this platform will launch off May 2020.

Order a Coe-Brown Northwood Academy Yearbook for your student!

Do you like the likes?: Opinion
Scroll to top