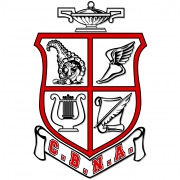 “The Voice of Democracy competition provides high school students with the opportunity to speak out on freedom and democracy,” says VFW Department Commander Christopher Peirce “The program has been popular and successful since its beginning in 1947, and we’re proud to keep offering it to America’s young people.”

The Voice of Democracy is a worldwide audio-essay competition that requires entrants to write and record a three-to-five-minute essay on a patriotic-based theme. “What Makes America Great” was this year’s theme.

As one of 53 finalists worldwide, Ellie Wolthuis will travel to Washington, D.C., and compete at the national level for the first-place prize of a $30,000 college scholarship.

The National Association of Broadcasters (NAB) started the Voice of Democracy Scholarship program in 1947. The VFW became a national sponsor in the late 1950s and assumed sole responsibility for the program in 1961. The competition was created to provide students grades 9-12 the opportunity to express themselves with regard to democratic ideas and principles. Around 40,000 students participate in the competition each year and VFW awards more than $2.1 million in scholarships every year.

Should I Get a Yearbook?