Paragon, Coe-Brown’s award winning literary/arts magazine, has gone digital this year.  We will be releasing two-page digital spreads this year and next, designed using text and art submitted over the last two years.  Submissions remain open to Coe-Brown students and can be turned in for consideration by our staff via the Paragon Google Classroom (join code bjv33ty).  The magazine staff is composed of students and advisors who meet on a weekly basis throughout the school year.  Being on the staff provides experience in writing, marketing, editing, graphic design, and layout. Submissions are considered without the names of authors or artists.  The magazine has garnered national awards each year from Columbia Scholastic Press Association and National Council of Teachers of English. 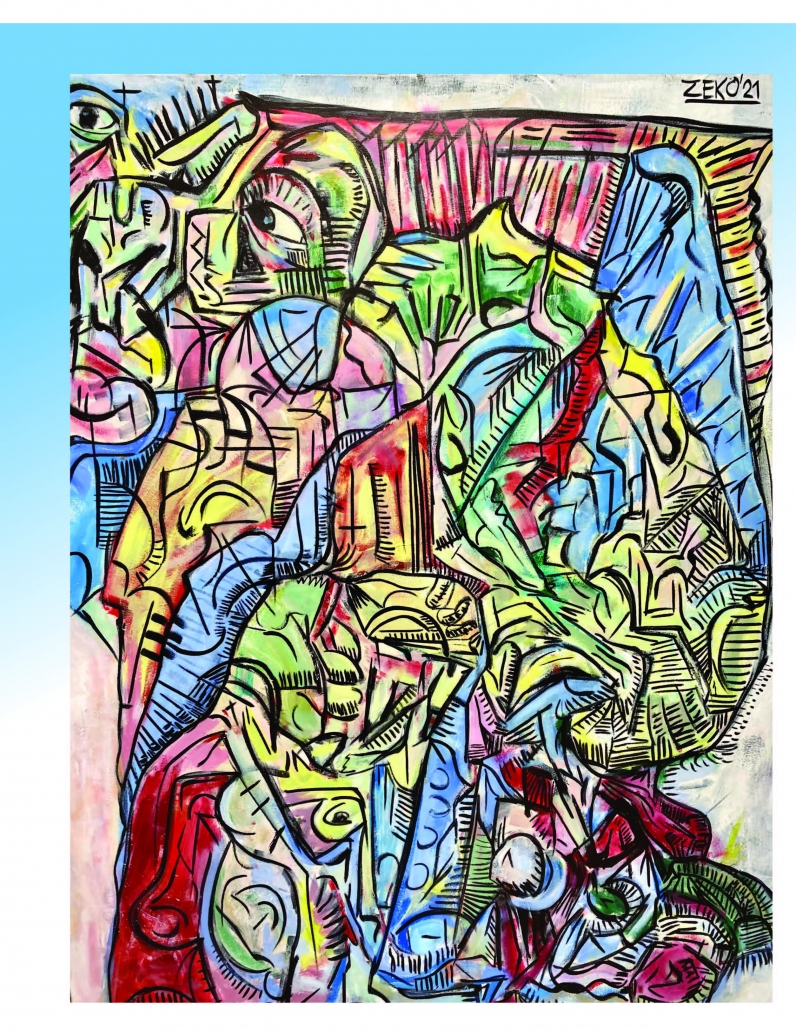 The Art Department is pleased to announce that the following students received recognition in the 2022 Scholastic Art Awards of New Hampshire Competition – An Affiliate Partner of the Alliance for Young Artists & Writers, Inc. A virtual exhibition and virtual ceremony is planned for a March 11th at 6 PM for a live streaming launch.

Coe-Brown Student recipients are as follows:

There are 17 individual categories that students may enter work in. They range from Drawing and Painting to Sculpture and Mixed Media. Seniors may also submit a body of 6 pieces of work in a portfolio to compete for a number of cash and scholarships.

The SAANH believes that a moment of positive recognition can inspire a student to pursue a lifetime of creative expression. It is critical to provide each emerging generation of creative leaders with early encouragement and to support artistic development. Acknowledging that these skills are best nurtured in an environment in which creativity is valued, it is also essential to recognize and reward educators for their classroom efforts to encourage creativity, and to cultivate support for young artists.

Coe-Brown Northwood Academy Theatre will present the drama Radium Girls March 12, 13 and 14, 2020 at 7 pm in the Gerrish Gym on the CBNA campus.  In 1926, radium was a miracle cure, Madame Curie an international celebrity, and luminous watches the latest rage – until the girls who painted them began to fall ill with a mysterious disease. Inspired by a true story, Radium Girls traces the efforts of Grace Fryer, a dial painter, as she fights for her day in court. Called a “powerful” and “engrossing” drama by critics, the play offers an unflinching look at American obsessions with health, wealth and the commercialization of science.  The company of 26 actors, playing more than 40 roles, is led by seniors Lauren Rose as Grace Fryer and Patrick Helm as Arthur Roeder, Grace’s former employer at the US Radium Corporation. Other cast members include seniors Katherine Blake, Ruby Carr, Emily Dallaire, Olivia Fontes, Brianna Jackson, Shannon Jackson, Mirah Johnston, Connor Nowak, Caitlin Reynolds, and Rylee Rogers; juniors Alex Davidson, Mary Katherine Patteson, Clayton Price, Igor Stojkov, Darin Sweet, and Jordan Trahant; sophomores Mairead O’Shea and Calvin Swett; and freshmen Emberlynn Connor, Christopher Helm, Sam Marcotte, Sierra McGahey, Allie McGuigan, and Christopher Reed. The production is directed by faculty member Elizabeth Lent. Tickets are $10 for adults and $8 for students and seniors. Reserved tickets are available at http://cbnanh.booktix.com. Contact elent@coebrown.org or 603-942-5531 ext. 237 for more information.

The Coe-Brown Northwood Academy Visual Arts Department is pleased to announce that the following students have received recognition in The 2020 Scholastic Art Awards of New Hampshire Competition – An Affiliate Partner of the Alliance for Young Artists & Writers, Inc. Thirty-five pieces of art work by 18 CBNA students are among the 1222 pieces of Gold Key, Silver Key and Honorable Mention Award winning student works on display beginning Tuesday, January 22 through Saturday, February 16 at the Stockbridge Theater on the campus of Pinkerton Academy in Derry, NH.  The exhibition is open to the public during events in the theater (Check Stockbridge Theater website dates and times during the exhibit).  An awards reception will take place in the theatre on Sunday, February 16.  Students in grades 7-9 will be honored at a ceremony beginning at 11:00 AM, followed by grade 10-12 at Noon.  The exhibition will close at 2 PM on that day

Coe-Brown Student recipients are as follows: 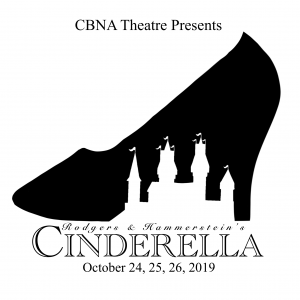 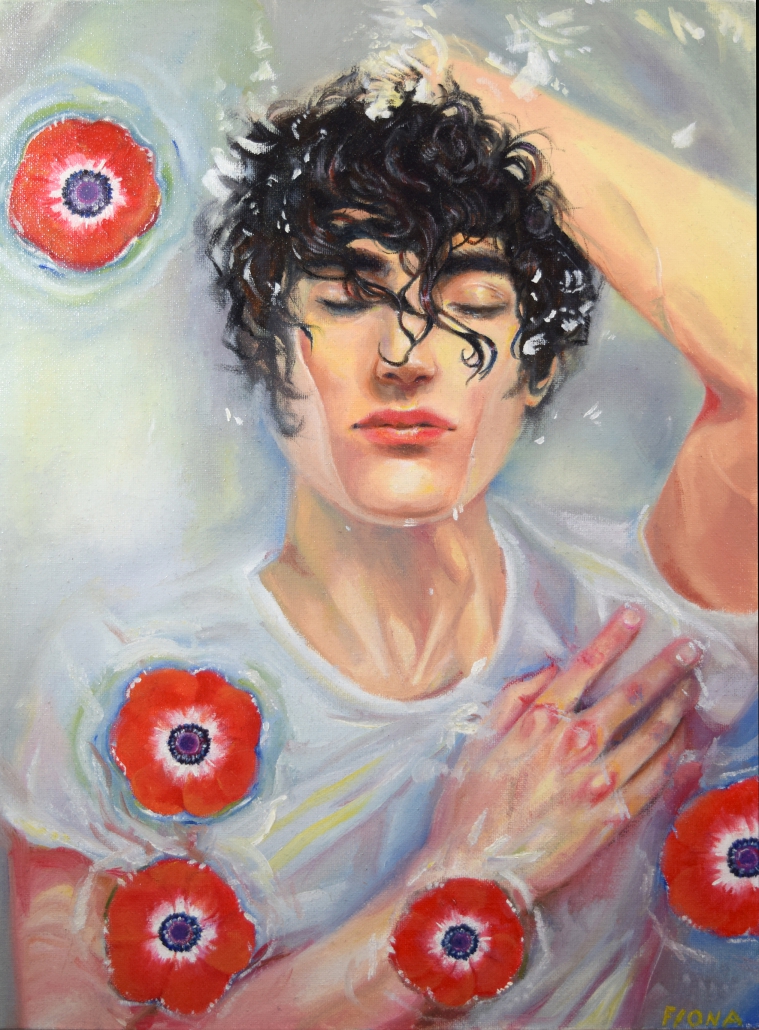 Noah’s Flood – Oil on Canvas Board, by Fiona O’Shea

Coe-Brown Northwood Academy junior Fiona O’Shea of Nottingham received top honors in the 37th annual Congressional Art Competition: An Artistic Discovery in Congresswoman Ann Kuster’s Second Congressional District.  Her oil on canvas board painting entitled Noah’s Flood will be framed and will be on display in the tunnel connecting the congressional delegation to the Capital in Washington, DC beginning in June, 2019 through May, 2020. Other CBNA Students participating in the competition were Madelynn Peabody of Barrington; Nicholas LaMontagne, Alyssa Hill, Brianna Jackson, Eva Roy and Megan Wimsatt of Northwood; Emily Dallaire of Nottingham; and Morgan Burnap, Christa Clery, and Sragvi Nomula of Strafford.

The exhibition, reception and awards ceremony for all participants in the Second  Congressional District was held at the Kimball-Jenkins School of Art in Concord. Congratulations to all participants for their amazing works of art. 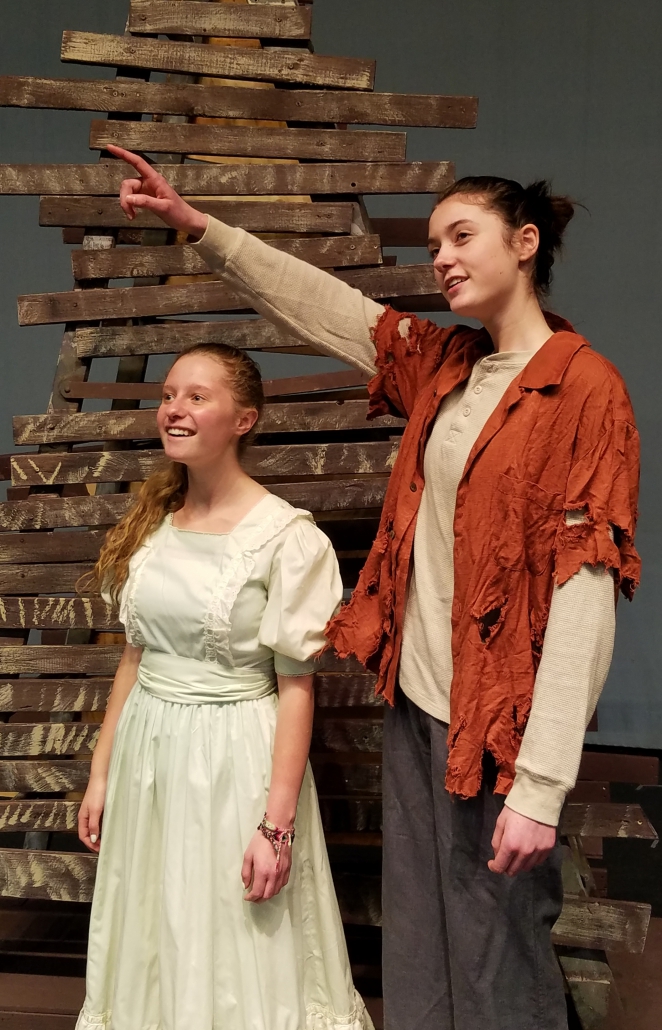